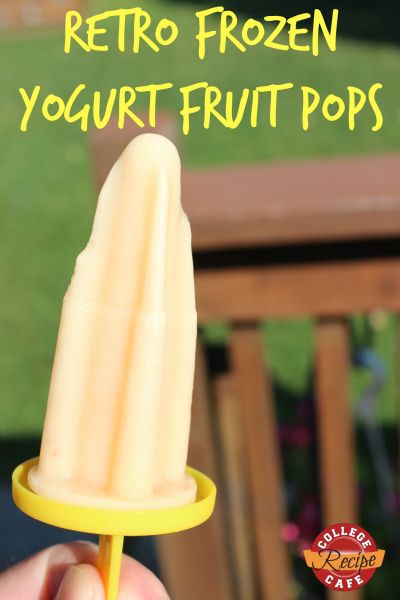 Flip-flop weather has arrived and I like it – I LIKE IT A LOT! The welcome heat has me tinkering with healthy homemade frozen dessert recipes using low-fat yogurt so I don’t pig out on ice cream all summer. I started with homemade Lemon Gelato, moved on to making these Frozen Yogurt Ice Pops and have a recipe lined up for my next refreshing summer treat!

Gelato is the Italian word for ice cream and I ate a ton of it when I visited Italy! My homemade version made with low-fat plain yogurt and fresh lemon juice was originally supposed to be lemon ice pops. Problem was the mixture wouldn’t freeze to the popsicle sticks so I poured it in a loaf pan and froze it.

It’s not as creamy as the real thing but the flavor reminds me of the lemon gelato I ate in Italy. Super-simple to make and guilt-free! I shared the recipe in my weekly update. Here’s the Lemon Gelato Recipe issue if you’d like to make it.

Why didn’t I make strawberry-orange gelato using the two ingredients listed in the title of this post? I tried. Except this time I added water to the mix hoping it would make MORE delicious gelato. The water made it freeze like ice. I had to break chunks of it off with a knife and use my fingers to eat it. 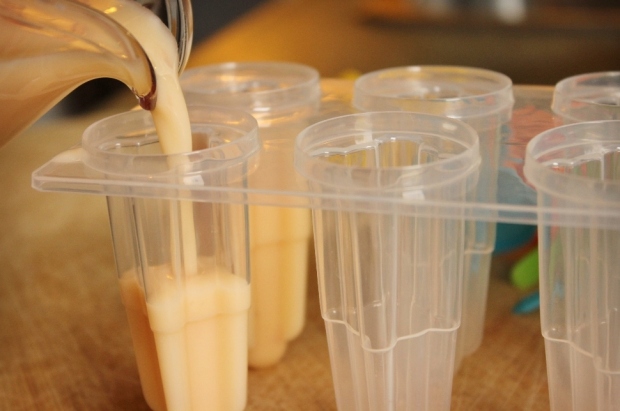 Knowing the mix would freeze to the popsicle sticks; I made a second batch and poured it in my retro popsicle molds to make Frozen Yogurt Fruit Pops.

Since the retro popsicle molds I bought from the dollar store are short in stature, I ended up with extra mix which is now in a mason jar stored in my fridge.

It’s there to re-fill my popsicle mold as needed – sweet!

Next on the list – a Frozen Strawberry Yogurt Bark recipe I pinned on the College Recipe Cafe Pinterest board. Looking forward to trying it!

In a bowl or large measuring cup whisk together water, juice and sugar until sugar is dissolved.

Pour in yogurt and whisk to combine.

Pour mixture in ice pop molds. Freeze until firm, about 3 to 4 hours.

To loosen the popsicles from molds, run the base of the molds under warm water for 30 seconds before removing.

Looking for more recipes? Head on over to the cafe’s Recipe Menu! You’ll also find exclusive cooking tips and recipes in my Weekly Updates or in my e-cookbook 15-Minute Money Saving Meals for Students (2015).

Thanks for stopping in at the cafe. Cheers!

Welcome to the Cafe! 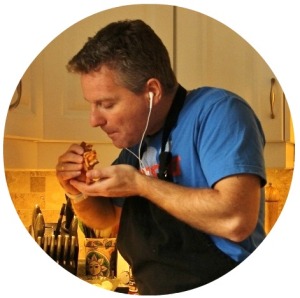 Hi, I'm Brent! Rather than coffee and pastries, I serve Easy Recipe Solutions and Basic Cooking Techniques to Eat Well - even on your busiest days!

Want to Up Your Cooking Game? If so, check out my online cooking workshops.

Don’t Get This $4 eCookBook, Unless You Like to Save Money!

Recent Recipes at the Cafe

Let me help you find a recipe.

Illustrations, Photos, Original Recipes and Text (C) Copyright: 2017, College Recipe Cafe by Brent Garell. If you re-post a recipe please give credit and paste a link to this site. Cheers!

As Mentioned by Hack College!

Help yourself to a FREE Cup of 10 “Quick and Easy” Recipes when you subscribe! Click here, or on the cup, to get started.